Cézanne painted bathers from the 1870s onwards, including numerous compositions of male and female bathers, singly or in groups. Late in life, he painted three large-scale female bather groups. In addition to the National Gallery's painting, they are now in the Barnes Foundation, Merion, PA, and the Philadelphia Museum of Art. He seems to have been at work on all three simultaneously at the time of his death.

In such works, Cézanne was reinterpreting a long tradition of paintings with nude figures in the landscape by artists such as Titian and Poussin. While the subjects of their works were taken from classical myths, Cézanne did not use direct literary sources. Instead, his central theme was the harmony of the figures with the landscape expressed through solid forms, strict architectonic structure, and the earth tones of the bodies.
~ Description from the London National Gallery website 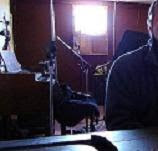